Coming off the longest campaign to date, we had an interlude that will be covered in a later playlist, then launched into a then-current release game of Baldur’s Gate: Descent Into Avernus, as the DM was quite excited to run it. By this stage, I’d well and truly sunk my teeth into 5th Edition, so felt comfortable taking a bit of a weird route with this character. People were amused to hear my take on an accent. Spoiler alert for the playlist, Flimp’s story does not start with episode 1, but comes out later. If you have the interest to follow along, you’ll know when the list starts. Linked here is both the first episode of the campaign, and Flimp’s debut:

Episode One of Descent Into Avernus – Orders At The Gate

END_OF_DOCUMENT_TOKEN_TO_BE_REPLACED

Continuing on from the previous playlist, Tanar’ri’s journey through the lands of Eberron against her will (largely) takes a different tone as her character begins to grow. Rather than being the stubborn tag-along, she actually being to pull her weight and begins bonding with her teammates. Mostly. As with the last list, linked here is not the first episode of the campaign, but it is Tanar’ri’s first episode:

END_OF_DOCUMENT_TOKEN_TO_BE_REPLACED

Let it not be said that the Final Show Films crew is not accommodating. I had been listening to the Breakverse campaign for a while, when I decided it could be interesting for the party to deal with an antagonistic kind of character, and arranged with the GM to join in temporarily as a guest. This was a lot of fun, and I think it was well timed, due to other players’ real life commitments meaning they had to drop out. As such, here’s Carsi’s first episode of what ended up being a 7 episode run.

END_OF_DOCUMENT_TOKEN_TO_BE_REPLACED 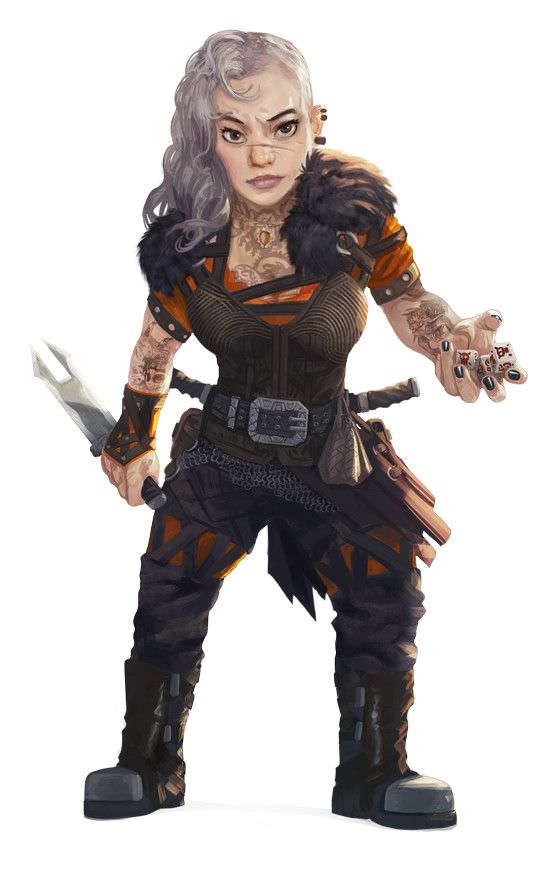 END_OF_DOCUMENT_TOKEN_TO_BE_REPLACED

words to live by

Alternative to the tired old wizard-with-a-sugar-daddy interpretation of the patron/warlock relationship in Dungeons & Dragons:

You forgot the most important

This was a campaign run for a different group than my usual, using the Wild Talents system, which I had never even heard of, and took some time to get used to. As such, there’s no archive of this to listen to, so unfortunately there’s no retrospective review to be had. Sonata’s playlist can be found here: Ainsley “Sonata” Avison – I Wanna Be Free To Feel The Way I Feel.

The setting behind the game, “The Thunderchild Initiative” was based on the premise that H.G. Wells’s War Of The Worlds actually happened, but instead of being defeated by the flu, the Martians were repelled by people with superpowers, known as talents. The organisation that looked after these Talents was named the Thunderchild Initiative, or TI, for the battleship that was sunk during the invasion, as a testament to the human spirit. It’s been years since that incident that we join the story.

END_OF_DOCUMENT_TOKEN_TO_BE_REPLACED

Following from Branma’s arc and exit from the party, the next character to join the cavalcade was the Aerenali Elf Beastmaster, Tanar’ri. Notable that her name isn’t typical. I actually looked up an Elven dictionary;
Tanar’ri – ‘Outcast/Cast Out’,
Arael – ‘Heart’,
Mor – ‘Darkness’, which I would hope makes it obvious that’s not her real name. This was core to the character, and her outlook, coming to the party with a very different dynamic to Branma. Linked here is not the first episode of the campaign, but it is Tanar’ri’s first episode:

END_OF_DOCUMENT_TOKEN_TO_BE_REPLACED

Following the Phandelver campaign, our group kept the same roster of players, but rotated the GM. Absolutely no disrespect to the previous GM because I think he did an awesome job (much better than I could’ve done), but that was his first campaign, whereas the current GM is more experienced, especially in the Eberron setting, which is where the game is set.

END_OF_DOCUMENT_TOKEN_TO_BE_REPLACED

After the Mass Effect/Fantasy Age game and the Edge Of The Empire game, the next campaign our group found ourselves in was the starter module for 5E: The Lost Mine Of Phandelver. This was good for a few reasons. Firstly, we added a couple players that have been great to play with. Second, by the time we started, I had gone and bought the physical 5E books and started running a campaign myself so I was familiar with the system. And thirdly, it gave more structure that the previous games could stumble on.

Episode 1 of D&D 5E – The Lost Mine Of Phandelver: https://senstaku.podbean.com/e/lost-mine-of-phandelver-01/